cancel confirm NSFW Votes: (0 votes)
Are you the publisher? Claim or contact us about this channel.
0
Showing article 37 of 685 in channel 3535962
Channel Details:
Viewing all articles
Browse latest Browse all 685
0
0

There are a lot of awful things human beings do to each other—point out someone's fly is down in front of everyone, eat only a little of their roommates' salsa so they don't notice, and blackmail—but nothing is worse than taking someone else's Pokemon cards.

Stealing these is basically a Cobra Commander-level of evil.
(source)

But like Bruce Wayne, who witnessed his parents gunned down before him, sometimes our greatest tragedies go on to define us. Take Ashley McKenzie, who lost a Charizard card as a child only to find himself on a path to the Olympics, where yesterday he competed in Judo.

The only path Pokemon ever put me on was one to loneliness.
(source)

Young Ashley McKenzie lost his Charizard card to a bully when he was just 11 years old. When said bully stepped to him—that's what it's called when someone goes to assert themselves on you, right? You say he "Stepped" to you?— McKenzie tried to fight him off. But before he knew what was even happening, McKenize was thrown over the guy's shoulder and found himself on the ground, minus one super rare Charizard card.

And since Pokemon cards aren't sentient, there was no chance it could return to her by pulling a Homeward Bound: The Incredible Journey!
(source)

Learning later that it was a judo throw that had caught him, McKenzie went and found the dojo this guy trained at and began training himself. This lead him to develop a passion for the sport, and he even made friends with the guy who took his Charizard in the first place. So not only did McKenzie end up getting the Charizard back, but he also gained a life-long appreciation for a sport that would come to define him. Ashley Williams is now one the most elite judo athletes in the world, so this is truly a story of triumph over adversity, of the human spirit's inherent resilience, and the power of refusing to admit defeat.

What horrific event in your past has lead you to be the person you are today? Let me know on twitter @mikeyfromsu or in the comments below!


Check out these celebrity Pokemon cards!
Viewing all articles
Browse latest Browse all 685 Danny walks away gets beat up by gang targeting tourists 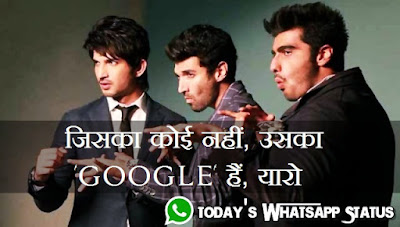